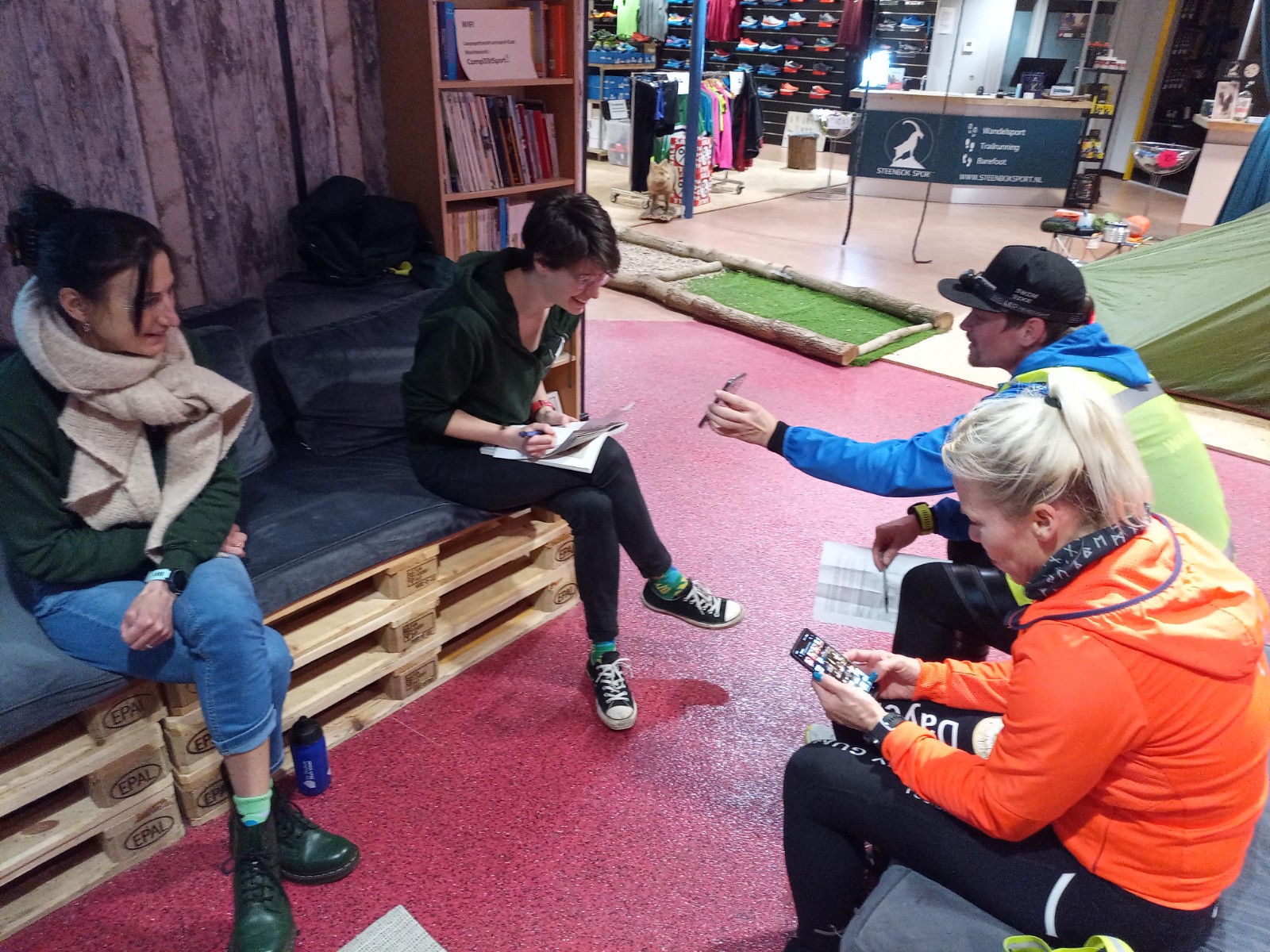 8 teams, 15 cryptic clues. 2 hours 45 minutes. It’s Friday, February 25, 6:30 PM when we get our clue card. I’m on the riddle runners team with Hellen and Tjerk. (Do the riddles yourself? see the photos and read no further). We need to find 15 locations in Groningen city. Some teams leave quickly. We are still puzzling. Some locations we know for sure, some we doubt. Each location yields a number of points, to make the decision-making even more complex. We decide to delete the Kardingebult and City Park, too far. We leave at about a quarter past seven. We have to be in before 21:15, finishing too late is direct DNF.

First location: Hamn. That’s Swedish for port. The Swedish Harbour, that is between the Danish and Finnish Harbour. Nearby. We take a team selfie on site as proof and on we go. The unique thing about our team is that we have never met each other before. Via FC Groningen, Jewish Monument Sterrebos, Peerd van Ome Loeks at the station, we end up in the city center. There are two locations close to each other (Aletta Jacobs, UB) and exactly in between is a new coffee station location, where we get a cup of coffee and an unboiled egg inside. This egg must still be whole at the finish, otherwise negative points. There is already another team. We exchange a tip for a possible solution for location “Construction period 2012-2019”, that could just be the Forum.

We discuss the route internally and take selfies at Munnekeholm, Noorderhaven and Lambiek in Noorderplantsoen. We check our mobiles, still half an hour before we have to be inside. Directly back or through the Forum, we do the latter. Bonus points can still be earned at the Forum, we suspect all the way up to floor 9. Because of time, that won’t be the case anymore. Another 2.5 km until we are back at Steenbok Sport on the Regattaweg. At 21:11 sharp inside. We hesitate for a moment whether we wait outside for another three minutes around the corner, and then rush in, for the show effect. But heat, drinks and veg/hot dog sandwiches also await inside.

The jury checks all photos and does not want to award half points. Then, as a precaution for a possible tie, each team must send a captain to get a lace off and, in a shoe, as quickly as possible and correctly. Our time just scores average. Then comes the prize giving. There is also a duo from Zwolle, they finish in 8th and also last place. The home advantage is an aspect of this game that should not be underestimated. Then the number 1. Drum. Team PineApple with 170 points. Tickets for Kill the Hill run. We are second, 5 points behind. OH DEAR. Shouldn’t we have been drinking coffee for a shorter time, and then storming up the Forum? But as with second place goes, competing is more important than winning.